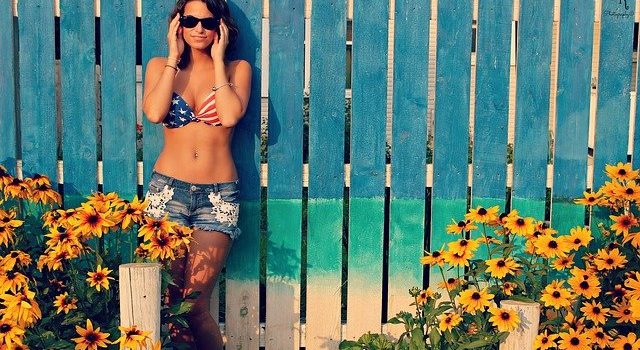 Going green is nothing new these days, but it’s not going out of style anytime soon either. It’s become an ideology, and people proudly stand by the lifestyle changes they’ve adopted in an effort to make the world a better place for future generations to come. On that note, it’s hard to argue against the green movement.

What if you could harness the energy of the sun from the clothes you wear on your body? Better yet, what if you could look good while doing it? It may sound bizarre, but that was the very intention of Solar Coterie – a startup producing solar-powered bikinis throughout the early twenty-teens. It’s exactly what The Coterie Room is all about.

Imaging spreading out a towel on the beach, coating up your skin with a nice, soothing sunscreen, and taking off your outer layer to let your solar bikini start soaking up the rays to charge your smartphone while you lounge for the day by the sea. Sounds a bit unreal, doesn’t it? At the same time, why not? This is exactly the kind of thinking that could propel humanity into the future, with the right touch of artistic inspiration and ingenuity.

While Solar Coterie’s approach may not have resonated with the mainstream, likely due to the general wearability and comfort of the bikini design, there’s no doubting that if a viable product was available to consumers at a reasonable price tag it would catch on like wildfire. Those who fashioned the solar bikini could be generating energy while they’re at the beach, while they’re sipping rose poolside, or even while they’re just soaking up the rays in the comfort of their backyard.

For that matter, why stop there once you’ve gotten the solar bikini down? You could make solar sun hats, work boots, t-shirts, gym shorts, you name it – the list goes on and on. We could simply be making energy for our consumer-driven lifestyles as we go throughout the day in a clean and renewable way, rather than relying on the fossil fuels that pollute the Earth’s atmosphere at such an astonishing rate. Energy generation integrated with human life – that’s been the goal ever since I was inspired by the seemingly simply concept of electricity-generating cardio machines. But alas, good ideas need a great leader… And sadly, my talents are more suitable to writing blog posts!

With seemingly everything running on battery these days, from smart phones to laptops, to power tools and collars for invisible dog fences and beyond, why not beef up our arsenal of renewable-energy production methods? Who knows, maybe that cleaner planet for generations to come is closer to reality than we once thought.